I have used scheduled tweets on a moderately limited basis and, I thought, carefully (especially bearing in mind my work in the people fields). As I listened to the podcast I found that I had indeed been making mistakes. Previously I had ‘noticed’ some of these, but not fully. Besides, on listening to the podcast, realising that I had not been using scheduling ‘mindfully’, I became fully aware of some glaring errors which would have adversely affected others’ perceptions of me in a way I did not intend, nor want.

The errors I had been making were not in the worst category (such as auto sourced tweets for example), however some were significant. I liked the point that Paul highlighted about Twitter being social. Who do we know who chats after they have gone to sleep? 😉

In this post: Update To The Unfollow Experiment, Chris Brogan, a renowned expert in social media, writes:

“I learned a long time ago that it doesn’t matter whether 190K people follow me or not. The most clicks I’ve ever received for a tweet were around 200. Almost 200K people follow me, but barely a few hundred at ANY time ever respond to my tweets or take any action. Ever.
And believe me, the weeks after the unfollow experiment proved to me that several thousand people weren’t seeing my tweets, because I tweeted the unfollowing several dozen times, and still (now, today) get questions about it.”

“Your time is limited, so don’t waste it living someone else’s life. Don’t be trapped by dogma – which is living with the results of other people’s thinking. Don’t let the noise of other’s opinions drown out your own inner voice. And most important, have the courage to follow your heart and intuition. They somehow already know what you truly want to become. Everything else is secondary.” 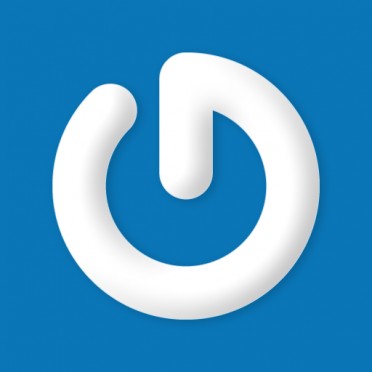 There's lots of claptrap around personal growth, success and mental health; which is one reason why even people with lots of money for the 'best' 'expert' help often kill themselves (e.g. celebrities).

Get PROFOUND power to improve your mind and results. With veteran of DEEP experience. Have a better, happier and more meaningful life.

Ready for your next step?

Mentoring, support, training and resources you need to profoundly empower and improve your personal, work or business life.

Take control of your hidden, difficult self; if you dare.

We use cookies on our website to enhance your experience, and make the website work better/more relevant, including by remembering your preferences and repeat visits. By clicking “Accept”, or by closing this notice, by clicking a button or link above, or by continuing to browse otherwise; you consent to the use of ALL the cookies. However you may visit Cookie Settings to provide a controlled consent, or simply click the "Reject" button.
In case of sale of your personal information (by cookie ‘providers’ such as Google - NOT me), you may opt out by using the link Do not sell my personal information.
Cookie SettingsACCEPTREJECTPrivacy Policy
Privacy & Cookies Policy

This website uses cookies to improve your experience while you navigate through the website. Out of these cookies, the cookies that are categorised as necessary are stored on your browser as they are essential for the working of the basic functionalities of the website. We also use third-party cookies that help us analyse and understand how you use this website, to store user preferences and provide you with content and advertisements that are relevant. Such cookies will be stored on your browser but only upon procuring consent.

You will also have the option to opt-out of these cookies should you want to. But opting out of some of these cookies may have an effect on your browsing experience as per the descriptions explained against the respective categories below, or otherwise.

The cookies defined under this category are absolutely essential for the website to function properly. Hence they are loaded by default irrespective of user consent.

Analytics cookies help us understand how our visitors interact with the website. It helps us understand the number of visitors, where the visitors are coming from, and the pages they navigate. The cookies collect this data and are reported anonymously.

Marketing and advertisement cookies help us provide our visitors with relevant ads and marketing campaigns.

Preference cookies are used to store user preferences to provide them with content that is customised accordingly. This includes the language of the website or the location of the visitor.

Social sharing cookies help you share things you find of interest, and which you want others to know about.